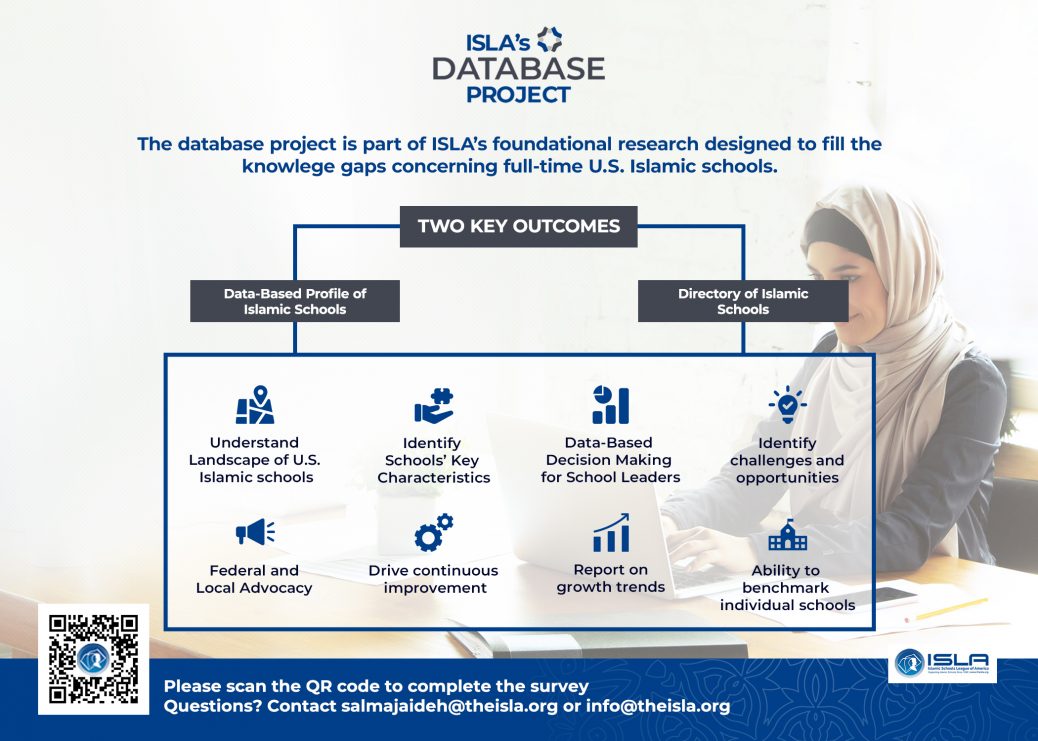 The Advisors that form our Islamic School Survey Dream Team

We are extremely proud to have worked with an amazing team of advisors over the past year with our Database Project.  This team of internationally renown experts assisted us in developing a research-based survey of the highest standard.  Thanks to their tireless efforts, along with the efforts of ISLA’s Team led by Dr. Samar Al-Majaideh, ISLA Research Project Manager, we have been able to complete and distribute the Full-time U.S. Islamic School Survey on the IECN listserv, at the ISNA West Coast Ed Forum, and through social media.

Our advisors, along with researchers across the country are awaiting the results of this survey. If you haven’t yet completed the survey, please do so today: Full-Time Islamic School Survey 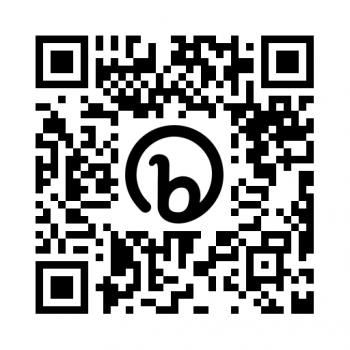 QR Code for the Full-Time US Islamic School Survey

Our goal is to have ALL of the 300+ Islamic schools in the US complete this survey.  Results and findings will be anonymized, and will serve as the basis for further research, analysis, infographics, etc., with highlights shared out on the IECN and in our newsletter in the coming months.

Meet Our Amazing Team of Advisors 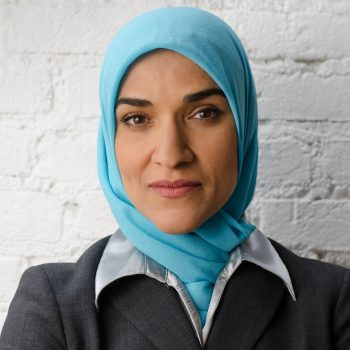 Dalia Mogahed is the Director of Research at the Institute for Social Policy and Understanding, where she leads the organization’s pioneering research and thought leadership programs on American Muslims.  Ms. Mogahed is the former Executive Director of the Gallup Center for Muslim Studies, where she led the analysis of surveys of Muslim communities worldwide. With John L. Esposito, she co-authored the book Who Speaks for Islam? What a Billion Muslims Really Think. President Barack Obama appointed Ms. Mogahed to the President’s Advisory Council on Faith-Based and Neighborhood Partnerships in 2009. She was invited to testify before the U.S. Senate Committee on Foreign Relations about U.S. engagement with Muslim communities. Her 2016 TED talk was named one of the top TED talks that year. She is a frequent expert commentator in global media outlets and international forums. She is also the CEO of Mogahed Consulting. 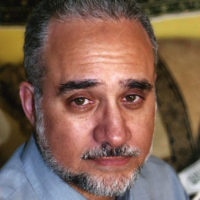 His research for the past 30 years has focused on the Muslim community in America, the American mosque and the African-American Muslim community.  He has conducted three comprehensive studies of mosques in America in 2000, 2010, and 2020.  The first two surveys resulted in four monographs and seven articles and/or chapters in edited volumes.  Two reports from the 2020 Survey were produced in 2021. He served as lead researcher for ISPU’s Remaking Muslim Spaces which led to the monograph “Creating the Welcoming, Inclusive, and Dynamic Mosque.”  From 2019 to 2021 he produced four articles in refereed journals on giving in mosques, mosque governance, Islamic approaches of masjid leaders and African-American Muslim philanthropy.  Presently he is working on a book which intends to be an in-depth view of five mosques in America. 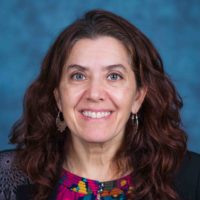 Meira Neggaz has led the ISPU team since 2014, growing and strengthening the organization and its research and education programs as they work towards their mission of an America where Muslims are both thriving and equal. Before joining ISPU, Meira spent more than a decade working to further public health around the globe. She holds a BA from Huron University in London and a Master of Arts in Law and Diplomacy from the Fletcher School of Law and Diplomacy at Tufts University. 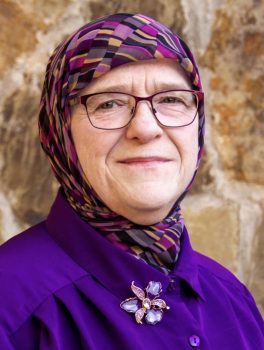 Dr. Seema Imam is a lifelong educator with numerous educational certifications, including elementary and special education teaching, school administration, and superintendent. She is a full professor at National Louis University, where she has been teaching for twenty-seven years. There she has served in numerous elected positions, including Senator, Senate Chair, University Leadership Council, Co-Chair, two terms as Co-Chair of the National College of Education, and Chair of the Diversity, Equity and Inclusion Committee.

Dr. Imam has 16 years of experience in classroom teaching in the Chicago Public Schools, and five years in school administration, serving as the founding principal for an early Islamic school.  At NLU in teacher preparation, she has participated in preparing graduate-level teacher candidates in elementary, middle-level, and special education in Master of Arts in Teaching programs. She holds two Master of Arts Degrees, one in Reading and one in school Administration, as well as two Doctorates, one in Curriculum and Social Inquiry and one Doctorate in Islamic Education.

Dr. Imam served as Chair of the Islamic Schools League of America for 4 years and continues to serve on the board. She is the co-author of a children’s book, as well as numerous chapters and articles. She was a faculty participant in an early Online teacher preparation program for Islamic school teachers, called, Islamic Teacher Education Program or ITEP, preparing candidates worldwide for teaching in Islamic Schools. Dr. Imam has sustained interests in teaching with technology, once planning for and conducting three cohorts of teacher candidates using the iPad. A second consistent research area is that of diversity in the classroom, finding ways to help diverse students feel a sense of belonging in the classroom. Dr. Imam recently participated as a founding delegate of a new association, the Global Association of Islamic Schools, which convened in Istanbul, Turkey, in 2022 to plan its first Global Conference on Islamic Education for 2025, God willing.